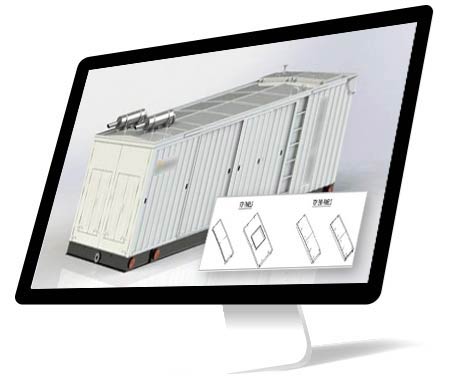 Speed up engineering lead time through a customized tool to update CAD models and CAD drawings along with their model references and auto assemble sound proof tank.

The client, a Japan based designer and manufacturer for power industry, was manufacturing a sound proof tank with lengthy design curves for tank assembly. The client approached Hitech automation teams to resolve this issue and bring down the design cycle time.

The project involved 750 hours of dedicated efforts from Hitech engineers and .ivb file were created based on several criteria and logical-rules. It led to error-free models development as well as increased production quality and rate. Furthermore, the deployment of macros resulted in saving time for engineers.

Enhance sales and revenue with our automation experts